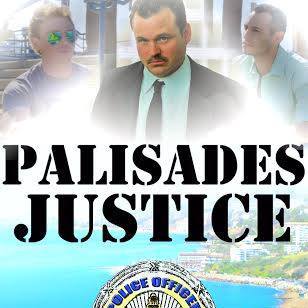 Well, so far we’ve a big start to the summer. I haven’t updated the site in a while, so there’s lots to talk about!

I am now the Composer for a new show called “Palisades Justice!” It’s a parody cop show (much in the vein of NYPD Blue), but set in the Pacific Palisades. The show is produced by Cinterra Pictures. I am very excited to be working as the shows composer, and having a blast writing and recording the tracks! For more info click the link:

The Mudbug Brass Band ( http://www.mudbugbrass.com/ ) has been tearing LA up! We’ve recently performed at Make Music Pasadena, and will be performing at the Skirball Museum here in LA on July 16, 2016 (daytime show). We’ve also performed at the grand re-opening of the newly restored Highland Park Bowl! In addition to all of this, we’ve put out a video and single for our track “Are You With Me?” Have a look:

If you want to see Mudbug, check out our calendar: http://www.mudbugbrass.com/tour/

I’ve also mixed an album for LA Based, Batmaker. I also played a few performances with the band, as well as appeared in the band’s video for the single, “Time to Go.” Have a look at the finished  video here! Produced by Breakwater Studios! They did great work!

I’ve also be getting some cool work done with other productions. Here’s a spot I did for Director Matthew Reichnman for AIGA’s Re-Ignite campaign. Click to watch it on Vimeo!

After recording with guitar goddess, Sylvia Juncosa (SWA, Leaving Trains, To Damascus, The Nymphs), her album, “Wanna Gotta” was released this in early 2016! Have a listen to one of the tracks I performed on, “Creeper.” The drumming duties were handled my me and the legendary drum wizard, Joe Berardi.

Go to her site at http://santinagiordano.santinasings.com/ to find out more about this amazing artist!

I will post more news soon! Thanks for stopping by!

I’ve been reading that magazine since…forever. My first mention in the magazine was way back in 1997, for a review of my old punk band, Bottom 12. We had just released our sophomore disc, BALDERDASH.  I think Dave Weckl was was on the cover that issue!

I’ve been pretty busy lately with all sorts of things, I haven’t had a lot of time to write! But here I am now, and will attempt to catch y’all up with what’s been going on!

First off, I’ve put out an EP! My first (and so far only) solo effort. I wrote 7 songs and put them out under the band name, MY OWN BLACK HOLE. The disc is called “SPACECRAFT,” and can be found on iTunes, Rhapsody, Spotify, Zune, Google Play and a few others! Here’s a link:

It’s nice to have that one done. Now I can move on to the next one. Hoping to have a new one by December, 2012!

I’ve started playing in a few new acts recently…well new to me! Of course I still play in the Virginia City Revival ( http://www.facebook.com/thevirginiacityrevival ), and am having a great time. Our long time bassplayer, Paul Reyes, recently made his departure as he just had a brand new baby boy. Thus we’ve been auditioning new players. I think we’ve settled on cat (a long time friend), but will post more about this, later!

In August I joined The Mudbug Brass Band ( http://www.mudbugbrass.com )! I gotta tell you, IT’S A BLAST! Mudbug plays NOLA style, funky, brass band music. We’ve been doing a summer residency at a  hot restaurant on Melrose called The Foundry (owned by Chef Eric Greenspan of Top Chef)! Mudbug never fails to get the crowd dancing, which is one thing that is addictive to me. I love to see people getting down to music I get to play. The band features NOLA natives Jamelle Williams on Trumpet/Vocals, Johann Stein on Banjo/Vocals; Tim Ganard (xWingnut Supreme) on Bass Drum, Erm Navarro on Trombone, Marc Bolin on Tuba, Jon McBride on Sax, and yours truly on Snare drum. It’s more fun than I’v ehad in a long while. This weekend, the band heads over to UCLA to record at the Mancini Studio. I’m hoping we get to record to TAPE!!!! Yeah!

I’ve also started playing KEYBOARDS (!) in a band called A DIFFERENT ANIMAL. Yeah, talk about a different animal, I’ve never played keys in a band before, but it’s really a lot of fun. I jammed with the band last night, and things went so easily, that I couldn’t see NOT doing it. The band features a few of my longtime LA pals, Jeff Richards (bass) , Randy Scarberry (drums) & Andrew Thompson (guitar). We’re working on songs now, and should be playing out live in a few weeks!

I also got to do some mixing for my friend LONNIE MARSHALL, seriously one of the baddest bass players on the planet! He was putting out and EP for his band WEAPON OF CHOICE (http://www.facebook.com/WeaponOfChoiceFans). Lonnie’s has had some amazing guests on the disc: George Clinton (Parliament Funkadelic), Dionne Farris (Arrested Development), Angelo Moore (Fishbone), and scores others! You gotta check out Lamont Sydnor too! He plays live with WOC, and that dude is one of the baddest I’ve seen in a while. A few weeks ago, the band played the Long Beach Funk Festival. Lamont was on the throne for the majority of the set and KILLED IT! I had some serious reservations about trying to play a song with the after he set the pace, but I got up and just did what I do. Lamont plays with the Jacksons as a regular gig…

I’ll be at Pedrini Music (in La Crsecenta, CA) this weekend for the store’s 66th Anniversary Jubilee and Grand Reopening! I teach music at the store, and have a lot of students in the area who get there gear there. Pedrini is a great store in the old “Mom & Pop” tradition. Everyone knows that you get the best kind of service at a store like Pedrini, and neighborhood stores are doing their best to keep going in this economy. I used to work at a big LA store, that recently went under (WLA Music). With Pedrini still making it through the storm and having this huge celebration (Sunday Sept 23. 2012), it is a testament to the level of quality you get at the store. Come by if your are in the LA area, 2916 Foothill Blvd, La Crescenta, California 91214. I’ll be there teaching a few drumming classes in the daytime, and jamming out with mega guitarist Joe Mora (House of Broken Promises) and bass player Cody Farwell (The Adicts) in the evening!

Okay, I am gonna knock it off for a bit, but will be back soon with more news from LA!

Everyone on the planet has PROBLEMS. The thing is, most don’t know that there are GOOD PROBLEMS as well as BAD PROBLEMS.

The way I see it, if you MUST have problems, you should try to have good ones!  That is where I find myself these days. I have the problem of having a lot of things to do.

Yesterday was Father’s Day. I taught two lessons, then took the afternoon off to spend with my family. Just the afternoon, because by 8:30, I was in a studio laying a track down for singer/songwriter, Aaron Barnhart.

This week I’ve got events to perform at (with the Paris Escovedo Project), including a tv show taping and a cancer benefit. The shows are messing with my teaching schedule something fierce! I also have to continue auditioning bass players for my band, The Virginia City Revival. We were going to meet on Wednesday, but I am going to Ojai with the family for a much needed break.

You see, I work everyday!

I’m not complaining. In fact I am so happy to be so busy these days. It hasn’t always been this way. I’ve simply found that the dream of being a professional musician also carries the problem of having no time available for last minute scheduling changes.

But, this is a GOOD PROBLEM!

Wow. Last summer I had a ton of fun while out on the road with the Los Angeles based funk band, BREAKESTRA!

Led by Miles “Music Man” Tackett, Breakestra is an eight-piece band that features some of LA’s best musicians. Te band has been around for some 15+ years now, and has an international following from Europe to Australia!

The tour last summer covered the Western USA, with shows in California, Idaho, Utah, Colorado, Wyoming and Arizona. I hope to post some video of one of our shows (from Utah). Fast forward the video to about 20:55 (we were the headlining band for the festival, and are on the end). This was filmed at the Uncle Uncanny’s Fest!

Enjoy the funk! Push the “back” button below this post on the left, to see the video!

Fast forward to 20:55 to see BREAKESTRA!

I’m happy to annouce that I am the NEW Drum Instructor at Pedrini Music in La Crescenta, CA.

I will be teaching drum lessons from the shop, and at the homes of a few students in the area, beginning this week!

I am very excited about this opportunity. La Crescenta is a beautiful community, and driving there is so easy! It’s located right off of the 210 Fwy (as in NO TRAFFIC)!

If you would like to inquire about lessons there, or in other parts of town, please feel free to contact me at johnmontgomerydrums@gmail.com